The Bible is the foundation of theology, the primary source for Christian knowledge, and a basis of the Church church. The Presbyteiran Church of Korea is a Bible-loving and believing church. She accepts the creed that "the Old and New Testaments are the infallible rule of faith and action."1 A significant factor of the Presbyterian Church of Korea is its emphasis on the Bible with its high respect. From tne beginning of the church, every Christian was encouraged to study his own Bible. Bible conferences and Bible schools rourished the church and its local leadership in Korea. A missionary indicates:

"Korea is a modern miracle; at the heart of this remarkable growth is the regular study of the Bible. Koreans are not ashamed to carry their Bible in public sight. The Bible is their perenneial source of inspiration. Much more than a record, however revealing, or a system of doctrine, however complete, the Book is food to their souls, and fire to their imagination. No other Christians can surpass the Korean believers in textual knowledge of the Bible."2

However, ironically, the church has suffered from the conflicts arising from differing theological views of the Bible. Conservatives, because of orthodox and old fashioned attitude toward the study of the Bible, have been accused of the division of the church. Their exclusiveness, anti-modernism and fundamentalistic characters were blamed for isolating he church from a knowledge of new theology, of extreme confinement to one stream of thought, of unwillingness to open the doors of the church to modern thought and critical approach to the study of the Bible. Liberals, on the other hand, have been accused of the destructive and aggressive attitudes toward the theological tradition and fixed ideas in the church as the contributing factor to the divisions.

The present work is not a technical theological treaties on the views of the Bible: the doctrine of inspiration, infallibility of the Bible, etc.. It is an historical and theological account of Presbyterian conflicts in Korea between conservatives and liberals on their views of the Bible since the founding of the Korean Prebyterian Church and to the division of the church in 1954.

The first chapter will concentrate on the Presbyterianiism, the background of the conflicts, focusing on the attitudes and emphasis on the Bible and theological convictions. The second chapter is the study on the several significant events of the conflicts based on the views of the Bible, that happened before the clash which brought the schism. The third chapter will deals with conservative and liberal views of the Bible. Dr. Hyung-Yong Park and Prof. Chai-Choon Kim, the representatives and the protagonists of the conflicts and their theological views on the Bible will be discussed carefully. Then, the papar will concentrate on the clash and results of it.

The terms 'conservative' and 'liberal' are ambiguous. In the present work, the term 'conservative' as used in Korea referes to those Protestants who (1) insist on Biblical infallibility of the Bible, (2) believe that the Bible is very important for the Christian lfie, (3) teach a legalistic rather than a situational ethic or social gospel. And sometimes to those who (4) resist fellowship with other groups who do not share their convictions, (5) and who are not anti-intellectual but against all kinds of new forms of liberalism-existentialism, neo-orthodoxy, and other speculative thoughts. The 'liberal' is used to refer to those who hold the opposite view of the points listed above. It is close to the term 'modernism' used in the western world.

Prev THE ROOTS OF THE PRESBYTERIAN CONFLICTS 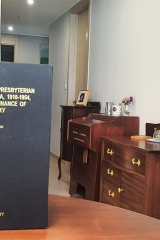 THE ROOTS OF THE PRESBYTERIAN CONFLICTS 2020.03.25by KOREAN CHRISTIANITY Next 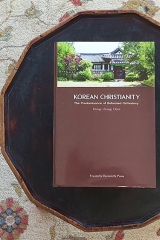