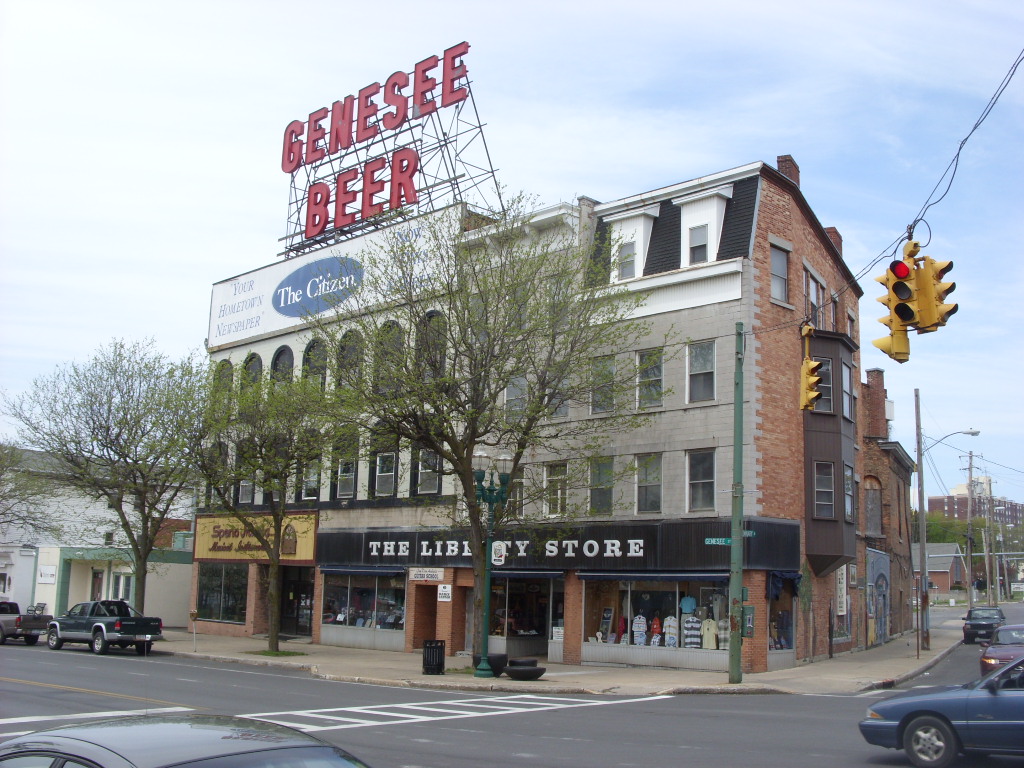 An Affirmation designed to safeguard the unity and liberty of the Presbyterian Church in the United States of America, submitted for the consideration of its ministers and people.

We, the undersigned, Ministers of the Presbyterian Church in the United States of America, feel bound, in view of certain actions of the General Assembly of 1923 and of persistent attempts to divide the church and abridge its freedom, to express our convictions in matters pertaining thereto. At the outset we affirm and declare our acceptance of the Westminster Confession of Faith, as we did at our ordinations, "as containing the system of doctrine taught in the Holy Scriptures." We sincerely hold and earnestly preach the doctrines of evangelical Christianity, in agreement with the historic testimony of the Presbyterian Church in the United States of America, of which we are loyal ministers. For the maintenance of the faith of our church, the preservation of its unity, and the protection of the liberties of its ministers and people, we offer this Affirmation.

The church's guarantees of liberty

(1) Concerning the interpretation of the Confession of Faith

I. By its law and its history, the Presbyterian Church in the United States of America safeguards the liberty of thought and teaching of its ministers. At their ordinations they "receive and adopt the Confession of this Church, as containing the system of doctrine taught in the Holy Scriptures." This the church has always esteemed a sufficient doctrinal subscription for its ministers. Manifestly it does not require their assent to the very words of the Confession, or to all of its teachings, or to interpretations of the Confession by individuals or church courts. The Confession of Faith itself disclaims infallibility. The authors would not allow this to church councils, their own included: "All synods or councils since the apostles' times, whether general or particular, may err, and many have erred; therefore they are not to be made the rule of faith or practice, but to be used as a help in both" (Conf. XXXI, iii). The Confession also expressly asserts the liberty of Christian believers, and condemns the submission of the mind or conscience to any human authority: "God alone is lord [sic] of the conscience and hath left it free from the doctrines and commandments of men which are in anything contrary to his Word, or beside it, in matters of faith or worship. So that to believe such doctrines, or to obey such commandments out of conscience, is to betray true liberty of conscience; and the requiring of an implicit faith, and an absolute and blind obedience, is to destroy liberty of conscience, and reason also" (Conf. XX, ii).

The formal relation of American Presbyterianism to the Westminster Confession of Faith begins in the Adopting Act of 1729. This anticipated and provided for dissent by individuals from portions of the Confession. At the formation of the Presbyterian Church in the United States of America, in 1788, the Westminster Confession was adopted as the creed of the church; and at the same time the church publicly declared the significance of its organization in a document which contains these words: "There are truths and forms, with respect to which men of good characters and principles may differ. And in all these they think it the duty, both of private Christians and Societies, to exercise mutual forbearance towards each other" (Declaration of Principles, v).

Of the two parts into which our church was separated from 1837 to 1870, one held that only one interpretation of certain parts of the Confession of Faith was legitimate, while the other maintained its right to dissent from this interpretation. In the Reunion of 1870 they came together on equal terms, "each recognizing the other as a sound and orthodox body." The meaning of this, as understood then and ever since, is that office-bearers in the church who maintain their liberty in the interpretation of the Confession are exercising their rights guaranteed by the terms of the Reunion.

(2) Concerning the interpretation of the Scriptures

With respect to the interpretation of the Scriptures the position of our church has been that common to Protestants. "The Supreme Judge," says the Confession of Faith, "by whom all controversies of religion are to be determined, and all decrees of councils, opinions of ancient writers, doctrines of men, and private spirits, are to be examined, and in whose sentence we are to rest, can be no other but the Holy Spirit speaking in the Scripture" (Conf. I, x). Accordingly our church has held that the supreme guide in the interpretation of the Scriptures is not, as it is with Roman Catholics, ecclesiastical authority, but the Spirit of God, speaking to the Christian believer. Thus our church lays it upon its ministers and others to read and teach the Scriptures as the Spirit of God through His manifold ministries instructs them, and to receive all truth which from time to time He causes to break forth from the Scriptures.

There is no assertion in the Scriptures that their writers were kept "from error." The Confession of Faith does not make this assertion; and it is significant that this assertion is not to be found in the Apostles' Creed or the Nicene Creed or in any of the great Reformation confessions. The doctrine of inerrancy, intended to enhance the authority of the Scriptures, in fact impairs their supreme authority for faith and life, and weakens the testimony of the church to the power of God unto salvation through Jesus Christ. We hold that the General Assembly of 1923, in asserting that "the Holy Spirit did so inspire, guide and move the writers of Holy Scripture as to keep them from error," spoke without warrant of the Scriptures or of the Confession of Faith. We hold rather to the words of the Confession of Faith, that the Scriptures "are given by inspiration of God, to be the rule of faith and life" (Conf. I, ii).

Authority under the constitution for the declaration of doctrine

III. The General Assembly of 1923, in asserting that "doctrines contrary to the standards of the Presbyterian Church" have been preached in the pulpit of the First Presbyterian Church of New York City, virtually pronounced a judgment against this church. The General Assembly did this with knowledge that the matter on which it so expressed itself was already under formal consideration in the Presbytery of New York, as is shown by the language of its action. The General Assembly acted in the case without giving hearing to the parties concerned. Thus the General Assembly did not conform to the procedure in such cases contemplated by our Book of Discipline, and, what is more serious, it in effect condemned a Christian minister without using the method of conference, patience and love enjoined on us by Jesus Christ. We object to the action of General Assembly in this case, as being out of keeping with the law and the spirit of our church.

The doctrinal deliverance of the General Assembly

IV. The General Assembly of 1923 expressed the opinion concerning five doctrinal statements that each one "is an essential doctrine of the Word of God and our standards." On the constitutional grounds which we have before described, we are opposed to any attempt to elevate these five doctrinal statements, or any of them, to the position of tests for ordination or for good standing in our church.

Furthermore, this opinion of the General Assembly attempts to commit our church to certain theories concerning the inspiration of the Bible, and the Incarnation, the Atonement, the Resurrection, and the Continuing Life and Supernatural Power of our Lord Jesus Christ. We all hold most earnestly to these great facts and doctrines; we all believe from our hearts that the writers of the Bible were inspired of God; that Jesus Christ was God manifest in the flesh; that God was in Christ, reconciling the world unto Himself, and through Him we have our redemption; that having died for our sins He rose from the dead and is our everliving Saviour; that in His earthly ministry He wrought many mighty works, and by His vicarious death and unfailing presence He is able to save to the uttermost. Some of us regard the particular theories contained in the deliverance of the General Assembly of 1923 as satisfactory explanations of these facts and doctrines. But we are united in believing that these are not the only theories allowed by the Scriptures and our standards as explanations of these facts and doctrines of our religion, and that all who hold to these facts and doctrines, whatever theories they may employ to explain them, are worthy of all confidence and fellowship.

Extent of the liberty claimed

V. We do not desire liberty to go beyond the teachings of evangelical Christianity. But we maintain that it is our constitutional right and our Christian duty within these limits to exercise liberty of thought and teaching, that we may more effectively preach the gospel of Jesus Christ, the Saviour of the World.

The spirit and purpose of this affirmation

VI. Finally, we deplore the evidences of division in our beloved church, in the face of a world so desperately in need of a united testimony to the gospel of Christ. We earnestly desire fellowship with all who like us are disciples of Jesus Christ. We hope that those to whom this Affirmation comes will believe that it is not the declaration of a theological party, but rather a sincere appeal, based on the Scriptures and our standards, for the preservation of the unity and freedom of our church, for which most earnestly we plead and pray. 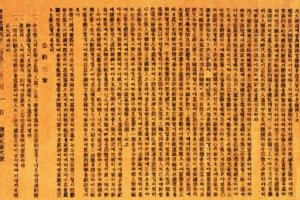 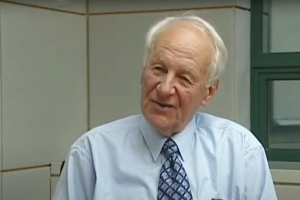