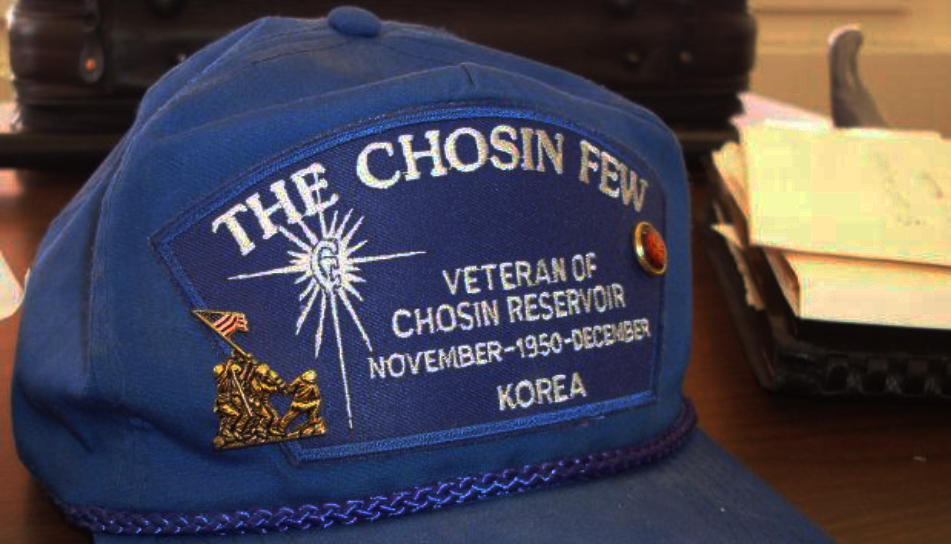 MCB HAWAII, Kaneohe Bay, Hawaii --From the time they enter boot camp, until the day they die, Marines are bombarded with stories of great battles the Marine Corps has been involved in, and arguably one of the greatest battles of American military history was the Chosin Reservoir.

The Marines who participated in that two-week struggle for survival, in the freezing North Korean landscape, faced overwhelming odds highlighted by minus-40 degree temperatures and surrounded by an enemy who outnumbered them almost 8 to 1.Many stories surround the epic 14-day battle, but one stood out clearly in the minds of the Marines from the 1st, 5th and 7th Regiments of the First Marine Division.So inspirational was the event that the surviving members, who would later form The Chosin Few, would incorporate it as their logo.

It's the story of a lone, tiny star in a cloud-filled sky.That lonely star would provide hope and inspiration, just when the Marines would need it most. Good weather helped the Marines of the 5th and 7th Regiments by providing clear skies the previous 12 days, so close air support was provided during their withdraw from Yudam-ni and Hagaru-ri down the only road out of the Chosin Reservoir.

When the Marines joined the 1st Regiment in Koto-ri on Dec. 6, 1950, they were three quarters of the way to completing an epic journey.One major obstacle lay in front of the Marines in the form of a destroyed section of bridge at Changjin Power Plant, which needed to be replaced.

Then, Mother Nature decided she wasn't going to cooperate. A thick, blinding snow began to fall at dusk. The Air Force was going to air drop eight 2,000-pound bridge sections that could be easily built and put into place, but the skies would need to clear up if the planes were going to see the drop zone at a makeshift airstrip at Koto-ri so, the bridge sections could be loaded onto trucks and taken south to the power plant. On Dec. 7 and 8, it snowed and the temperatures hovered around minus-40 degrees Fahrenheit with the windchill factor around minus 60 degrees.

When dusk fell on Dec. 8, the storm had not abated. The situation did not look good for the Marines. They needed the bridge sections. They needed close air support. They needed clear skies in order to get them.As the evening wore on, the snow kept falling. Marines still looked to the skies in hopes of seeing a break in the clouds.Just when it looked like all hope for the storm to subside was about to disappear, a faint, little, white dot could be seen through the falling snowflakes around 2145. The small star provided a big beacon of hope for the Marines at Koto-ri.

A short time later Col. Alpha L. Bowser Jr. was taking a short walk around the camp when he heard a noise coming from a tent.He quickly recognized it as singing. The Marines inside the tent weren't singing just any old song.The Marines Hymn resonated from inside the propped up frozen piece of canvas, and the Leathernecks inside were giving it their all.

The music spread like a virus throughout the encampment. From almost every tent could be heard the singing of the beloved tune.When Col. Bowser returned to the tent of Maj. Gen. Oliver P. Smith, commanding general of 1st Marine Division, Bowser asked Smith if he could hear the Marines. Smith said he did." When our Marines have spirit like this, the Chinese Army doesn't have a chance," said Col. Bowser.General Smith took his unlit pipe out of his mouth, smiled and replied, "Bowser, the Chinese never did stand a chance to begin with." That tiny star meant a lot to many of the Marines who saw it.

To some, it meant that God loved the Marine Corps, and he wouldn't let a little thing like bad weather defeat them after fighting so valiantly against insurmountable odds.To others, it meant nothing more than luck. The timing was just a coincidence. The Marines were fortunate to have good weather appear the next morning.To the men of the Chosin Few, that tiny, little star shined so brightly when they needed it most, that it would become the organization's logo in 1983.

It was drawn by Anna C. Urband, in memory of a carrier pilot and dear friend who was lost while on a mission at the Chosin Reservoir. Within the star, the letters CF can be clearly seen."That was a symbol of what the men in the Division went through there," said Robert E. Talmadge, vice president for the Aloha Chapter of the Chosin Few. "It was a key turning point in the event, or at least a psychological turn for all the Marines. "Because they saw this star up there in the sky, that meant they could get their bridge sections and air cover the next day.

"Talmadge was a 20-year-old Buck Sergeant (E-4) during the battle. He remembers that many people in the rear, even the headquarters in Tokyo, thought the 1st Marine Division would be lost at the Chosin Reservoir."There was never any doubt in our minds," said Talmadge. "We knew the Division was going to make it out of there."While Talmadge says that morale was never an issue for the Marines, it sure was nice to have a little speck of light appear on Dec. 8, in that snow filled sky over Koto-ri. 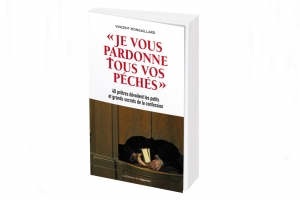 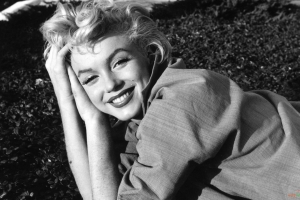