I read a lot of messages encouraging people to leave Facebook (and other social networks) these days and in partial answer to those calls, I wanted to outline 7 Reasons I believe Christians should STAY on Facebook. I hope this may also encourage you to see ways in which Facebook can be used for Kingdom purposes (and not just Candy Crush Saga) :

1) FELLOWSHIP: Christian fellowship is usually limited to specific settings and relatively small gatherings, and the ability of Christians to meet and fellowship with other Christians outside of their area can usually only occur during conferences and mission trips. But Facebook creates a setting in which fellowship can occur at any time amongst Christians from around the world. It also affords an opportunity to keep in touch with brothers and sisters in Christ who have moved away that would only otherwise occur very intermittently. While it can’t replace the actual assembling together of the saints that occurs in corporate worship (Heb. 10:25), and should never be thought of as a replacement for bible studies or prayer meetings, when rightly used Facebook can provide a healthy supplement to that fellowship and is especially important to believers who are separated from their brothers and sisters in Christ by great distances.

2) ENCOURAGEMENT: The media, and that includes Christian media, tends to focus on negative stories, but Facebook provides a setting where Christians can encourage one another with good reports, lift up the disheartened and do what they can “to stir up love and good works” in their fellow believers (Heb. 10:24). There have been many occasions when I have received words that have encouraged me to press on in difficult times or which have lifted my spirits in a time of sorrow or trial. As Proverbs 10:23 puts it, “a word spoken in due season, how good it is!”

3) REJOICING AND GRIEVING: Paul counseled the Roman Christians to, “Rejoice with those who rejoice, and weep with those who weep.” (Romans 12:15) There are so many occasions for rejoicing and grieving with fellow Christians that might be lost if you did not hear about them via Facebook. One of my great joys is being able to hear good news from friends who are far away and be able to share in their joy, or to be able to sympathize with them when they are afflicted.

4) PRAYER: James encourages the saints to “pray for one another” (James 5:16) Facebook provides a wonderful platform for both speedily sending and receiving prayer requests, especially for urgent requests. It also provides us an opportunity to pray with and for saints from other countries and congregations whom we would never know apart from Facebook. It’s been my privilege to see many of these Facebook prayer requests wonderfully blessed by the Lord over the years.

5) ACCOUNTABILITY: Facebook is often a place where people publicly share things they probably wouldn’t share in a church setting. I know of many instances in which pastors and elders have learned of serious problems in their congregation via the medium of Facebook that might otherwise never have come to their attention, and have been enabled to deal with them pastorally because of this medium. I know of at least one marriage that was saved, and one suicide attempt that was averted in this way.

6) EDIFICATION: We are often grieved when social media becomes the setting for angry or obscene exchanges, but for Christians there are wonderful opportunities to share articles, scripture, anecdotes, stories, and videos that are intended to teach, strengthen, and build up the people who read, watch, or listen to them. When wisely used, Facebook can massively extend the reach of what would otherwise be a small and very local fellowship. When using Facebook we would all do well to heed Paul’s exhortation to, “Let no corrupt word proceed out of your mouth, but what is good for necessary edification, that it may impart grace to the hearers.” (Eph. 4:29)

7) EVANGELISM: In the parable of the wedding feast the King (God) tells his servants,  “’The wedding is ready, but those who were invited were not worthy. Therefore go into the highways, and as many as you find, invite to the wedding.’” (Matthew 22:8-9) While it is increasingly uncommon to see people speaking or gathering on the streets, social networks have become the highways and gathering places of our age, and good places for evangelism. If we were to spend a day knocking on doors or speaking to people about the gospel we might reach a score of people at best, but one gospel-centered post on a social network can easily reach hundreds if not thousands of people. Never before in history has it been possible to “make disciples of all the nations” (Matthew 28:18) from your own house or office, and it strikes me as wrongheaded to be turning away from such a wonderful opportunity just when it has been given to us. 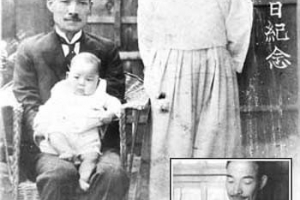